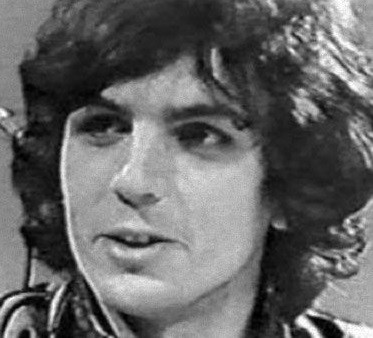 Full of mystery and flickering intensity, “Astronomy Domine” is one of the finest moments of Syd Floyd. Arguably the first-ever space-rock song, the opening track of the band’s debut 1967 Piper At The Gates Of Dawn album pulled the listener into a darker place than the flower power visions of the time.

Some say that the song was the birth of space rock and, whilst it leaves some pretty upfront clues for this in its lyrics, it perhaps stretches out to a much higher state than that. The Latin title translates as ‘an astral chant to the Lord’ as it reaches out to the gods in one of those beautiful acid-drenched moments when nature, life, god and the mysteries of space all connect and make sense and the beauty of darkness and the emptiness of everything combine into one white heat whole.

Perhaps Syd was playing with many meanings – his playful songwriting was so full of shapeshifting levels that its brilliance captivates decades later. Any song that intros with band manager Pete Jenner intoning the moons of Uranus and a handful of planets down a megaphone is always going to be quite easily muddled up with being something about the beyond. The bleeping space-comm and the clipped descending guitar that travels through unconventional but brilliantly effective chord changes have always suggested the barren beauty and spectral mystery of space to me.

The guitar holds the tension and whilst the song never explodes into a cliched frenzy it’s full of taut electricity, an electricity that would be the bedrock of much of punk rock a decade later. Many of the first wave bands of that scene embraced Syd’s idiosyncratic genius and his maverick nature and innate cheekbone dandy in the underworld cool was a prime influence. This multi-genre magnetism is all there boiled down into this one song. It’s psychedelic because the music creates the trip, it’s punk because it’s full of tension, it’s prog because it was progressive and it’s so beautifully English and full of wild innocence that only Syd could have dreamt it up.

It was late 66/early 67 when the song was written and recorded, the peak of pop optimism when it felt like song and dance could change the world and the only boundaries were out there in deep space. Young groups with strange names like Pink Floyd were fast becoming the new currency trading in the Beatles beatific glow and the summer of love was on the horizon. Syd was in his brief songwriting prime. The music was pouring out of him and he was at the epicentre of London cool. His songs were full of whimsical back to childhood visions conjured by the LSD or these darker visionary pieces that meant everything or anything you wanted.

Syd soon bailed out, leaving the tantalising vision of a genius who exited the stage far too soon. Songs like “Astronomy Domine” hint as one of the many different directions a Syd led Floyd could have taken, maybe they took that route anyway after their architect had floated away. It’s the ifs and buts of Syd that are part of the eternal fascination of the pied piper who danced away like Pan playing his pipes and back into the only world his brilliant yet jumbled mind could understand.

His withdrawing away from the razzmatazz of late sixties London and into his own inner world created an enigma that songs like “Astronomy Domine” just add to. Syd left few clues just a brilliant and brief flurry of songs and a tousled haired dark-eyed ghost-like presence over the pop scene. The mystery of Syd and the song are part and parcel of this intoxicating story.

A bit about John…
He is the bassist and singer for post-punk mainstays The Membranes, author, journalist, DJ, publisher and talking head.
Check out The Membranes  (http://www.facebook.com/themembranes)
John’s music and culture website louderthanwar.com is currently one of the biggest music and culture sites in the UK and is also a nationally distributed magazine.
John Robb runs the leading music and culture website, Louder Than War   ( http://louderthanwar.com/watch-all-of-john-robbs-lush-interviews/#.Wi_rrjYSSt4.twitter).
In his writing, he has written many books (best sellers like ‘Punk Rock – an Oral History’ and The Stone Roses and the Resurrection of British Pop’ – he is currently finishing writing a new book on Goth and post punk called ’The Art Of Darkness’ and about to write a book about the leading Eco energy and green initiative boss Dale Vince and is writing his autobiography next year).
John is also a Ted talker and has spoken on TEDx on punk, zen and the universe and as well as veganism and punk rock called ‘The world accruing to John Robb’ (https://www.youtube.com/watch?v=89CQ-TVSxV8)

He also tours the world. 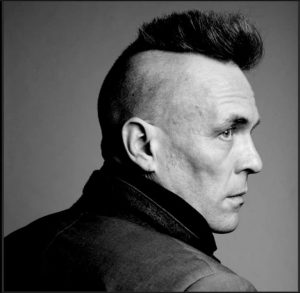 First track on Pink Floyd's first album, 'The Piper at the Gates of Dawn' (1967)

I Never Lied to You