I Never Lied to You 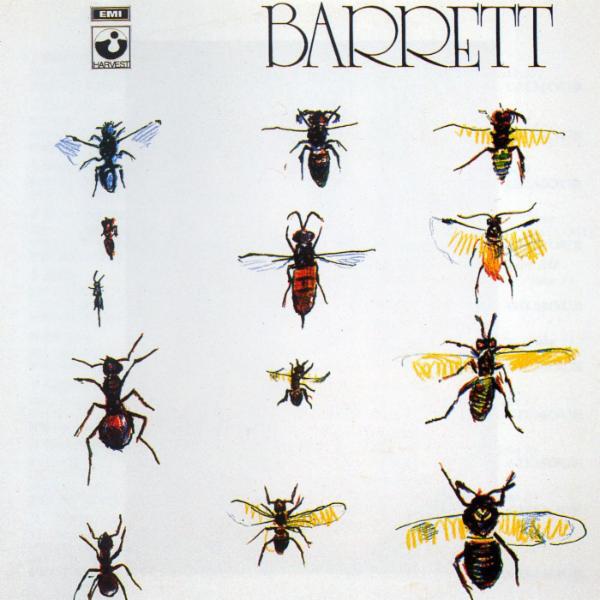 There will be shoulder-pressing in the hall
And I won’t know if you’re here at all
There will be wine and drinking in the yard
There won’t be anybody very hard
Lots of things that we can do
And all and more will be for you
Everything I knew I tried with you
But everything to you was never easy
So I went ahead around my world
I saw the things you do
Arriving by your side
To see you looking too
But I know that I know: I never lied to you.

It’s been just like you’re gone
For just one day for so long
Been so hard to bear with you not there
But though I think of you
The things you do when I’m with you,
To be with you/to be alone
Can only be why I am here,
What’s meant to be.

I Never Lied to You is by no means Syd Barrett’s best-known song, nor is it his most fully-developed. I’d even argue that the instrumentally fleshed-up ‘official’ album version of the track lacks the drama and affect of Syd’s first recorded pass at the piece. And it’s this first take – featuring only his audibly heartfelt vocal against a strummed acoustic guitar – that I’ll be discussing here.

Usually I find myself responding more to the sound of Syd – his voice, his melodies, the enveloping textures of his songs – rather than to his lyrics. But with I Never Lied to You, I’ve always felt he really wants the listener to be paying close attention, to be taking note of what he’s saying.

And what does he say, exactly? There are minor lyrical differences between the first take and the album version, and further discrepancies between what I hear myself and transcriptions of the lyric on the internet. For what it’s worth, the version on this page is my own take on Syd’s first take.

Now as a younger man, I guess I felt Syd had to be opening up his heart to a girl here, a lover who’d gone out of his life. (Been so hard to bear with you not there…) But as time went on, that reading came to seem less plausible.

I may then have gone through a phase when I wondered if Syd was perhaps addressing himself in the song; that this was a stark testimony to his own well-chronicled ambiguities, not to mention his ambivalence about his brief career in the public eye (Everything to you was never easy, so I went ahead around my world. I saw the things you do, arriving by your side to see you looking too…).

But I kept coming back to those opening lines: the freighted way in which Syd sings – as I hear it – about a future reconciliation with someone. So what is going to happen then? There will be shoulder-pressing in the hall could be an image from an Anglo-Saxon epic poem. Wine and drinking in the yard sounds like it should be fun, yet why does the prospect sound quite so eerie?

The personal interpretation which I now find difficult to resist first suggested itself very early in this millennium, before Syd’s death in 2006, but around the time in 2003 when I lost my father. I believe something half-remembered from the Aeneid may then have resurfaced for me: the episode when Aeneas encounters his dead father among a host of other spirits in the underworld, and although they speak together they can no longer touch each other.

The poignancy of this scene returned to me whenever I listened to those mournful lines of Syd’s. And around that time, too, I belatedly began to read books about Syd’s life as well as listen to his music. 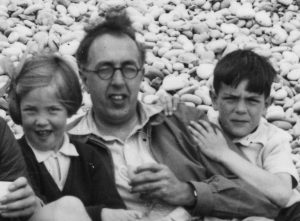 It was then that I learned what a challenge it had been for Syd in his mid-teens to adjust to losing his own father. I later dared to speculate upon his loss in my novel The Ballad of Syd & Morgan (Propolis, 2018), suggesting that Syd ‘went ahead’ into his musical world, at least initially, in the forlorn hope of somehow reconnecting with his musically-talented father. Been so hard to bear with you not there still sounds to me as frank as anything in Syd’s repertoire; but it’s the lines just beforehand – It’s been just like you’re gone for just one day for so long – which cut me to the quick: the way this wound remains fresh; somewhere up ahead there may be another girl, there won’t be another father.

I wouldn’t dream of claiming this to be the song’s ‘correct’ reading. I aim only to show how Syd the gifted songwriter in this instance overlays and underpins my personal experience, allowing me to turn what he says to my own emotional ends. It does interest me, however, that on the ‘Barrett’ album the song which segues into I Never Lied to You is Waving My Arms in the Air, another short opaque piece which peaks with the animated, twice-sung cry: You shouldn’t try to be what you can’t be!

On both these tracks Syd seems so intent on establishing his own credentials as a straight-dealer that I’ve often wondered why he felt so obliged to stress his integrity, and which person in particular he needed to convince. Sometimes my own fancy then nudges me into thinking of George Washington, who as a boy famously declared he ‘could not tell a lie’ when owning up to cutting down a cherry tree – and who did he say this to? Yes: his father. Or rather, the boy Washington might well have said it, had the tale not been entirely apocryphal!

But that’s the beauty of words, written or sung, when plucked with seemingly casual finesse out of the ether by an artist of Syd’s calibre: they can carry their own independent forms of truth and meaning. Whatever I Never Lied to You really is about (and only Syd could say), it speaks to me currently in the way I’ve just outlined, offering at its close a faint but real possibility of resolution, in which being both alone and still ‘with’ the lost loved one – albeit now only in spirit – can ultimately take its place within the natural order of things.

More about the author:

HAYDN MIDDLETON lives in rural Oxfordshire with his partner, Decca Warrington.  Between them they have six children.  For well over forty years he has loved and been lifted by the work of Syd Barrett and E. M. Forster.  For information on his work, please see www.haydnmiddleton.com.